Menu
Car Transport From Virginia
Get an instant quote 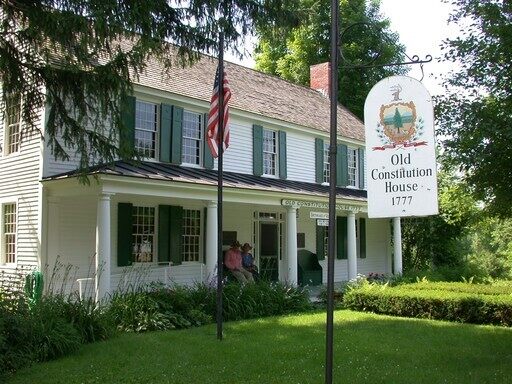 Virginia, (officially the Commonwealth of Virginia) is a state in the Southeastern and Mid-Atlantic regions of the United States located between the Atlantic Coast and the Appalachian Mountains. Virginia is nicknamed the “Old Dominion” due to its status as the first English colonial possession established in mainland North America, and “Mother of Presidents” because eight U.S. presidents were born there, more than any other state. The geography and climate of the Commonwealth are shaped by the Blue Ridge Mountains and the Chesapeake Bay, which provide habitat for much of its flora and fauna. The capital of the Commonwealth is Richmond; Virginia Beach is the most populous city, and Fairfax County is the most populous political subdivision. The Commonwealth’s estimated population as of 2017 is over 8.4 million.

The Virginia General Assembly is the oldest continuous law-making body in the New World. The state government was ranked most effective by the Pew Center on the States in both 2005 and 2008. It is unique in how it treats cities and counties equally, manages local roads, and prohibits its governors from serving consecutive terms. Virginia’s economy has many sectors: agriculture in the Shenandoah Valley; federal agencies in Northern Virginia, including the headquarters of the U.S. Department of Defense and Central Intelligence Agency (CIA); and military facilities in Hampton Roads, the site of the region’s main seaport.

Shipping A Car In Virginia

Virginia has the third largest state maintained highway system in the United States. 57,867 miles make up interstate, primary, and secondary roads. This includes 1,118 miles of interstates, 8,111 miles of primary roads (U.S. Routes and state routes), and 48,305 miles of secondary roads. Of the 1,118 miles of Interstate highway, there are 6 primary and 10 auxiliary interstates. The longest interstate highway in Virginia is Interstate 81 at 324.92 miles. I-81 runs north-south from Bristol at the Tennessee state line to Winchester at the West Virginia state line. Other primary north-south interstates in Virginia include Interstate 95, Interstate 85, and Interstate 77. I-95 runs 178.73 miles from the North Carolina state line near Skippers, to the Washington D.C. border in Alexandria. I-85 stretches 68.64 miles from Bracey at the North Carolina state line to Petersburg. I-77 is the shortest primary interstate in Virginia at 66.27 miles. Serving as a route from North Carolina to West Virginia, I-77 enters the state at Mount Airy, NC in the south and ends in the north at Bluefield, WV. The longest east-west Interstate highway in Virginia is Interstate 64 at 299.45 miles. I-64 begins at the West Virginia state line in Covington and continues east until reaching Chesapeake. The only other primary east-west interstate is Interstate 66. I-66 begins in Middletown in the west, and heads east for 76.38 miles until it reaches Washington D.C.